How to Remove Objects in Photoshop (Top 4 Simple Methods) 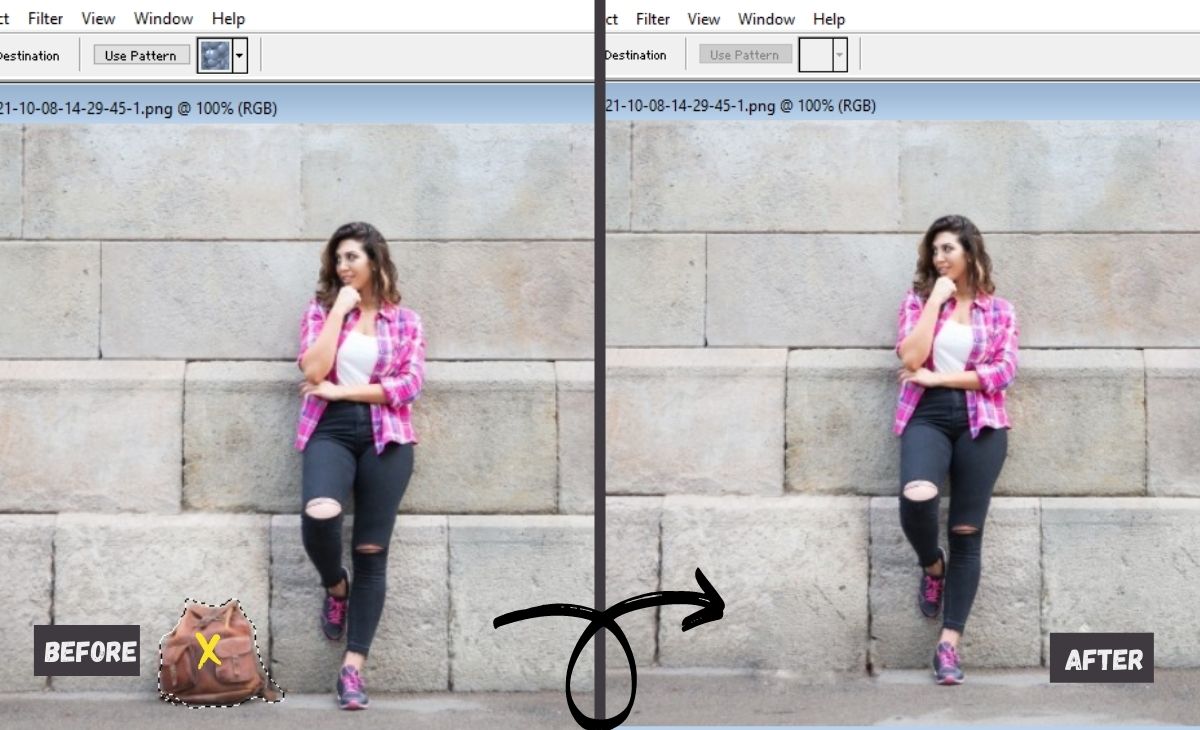 When your photography holds unwanted objects in the frame that makes you upset, and at the same time, you don’t know how you can remove them from your photo, then welcome you to our today’s photoshop tutorial article. In this tutorial, we’re going to learn how to remove objects in photoshop.

Nobody wants any garbage into their photo frame. But what if we don’t know how to create a perfect image by removing unexpected elements from our photos? Undoubtedly It will be very painful for all of us. Because we always want a perfect picture that we click.

Fortunately, Adobe Photoshop allows you to remove objects from photos. So, by following some easy techniques and tools in photoshop, you can get your desired pictures in a few minutes.

Today in this article, we will discuss each necessary step that you need to follow to remove object photoshop. So let’s get started.

What is removing objects in photoshop?

When we are at home or out of home or in a particular program or place, we all love to capture images to keep them as memories. Nowadays, people also take photos to share them on various social media sites.

But unexpectedly, various photobombers can take place in your photo and make you disappointed. Although this is a common thing that people often face when they take pictures in a crowded place or on busy roads, photobombers destroy images eventually.

However, nobody will accept any garbage or any unwanted elements in the frame. Like I’m giving an example: Real estate photography never consists of any unexpected element.

That’s why removing unwanted objects from photos is essential to get a real estate image and any image. So when you remove unnecessary objects from your photos using Adobe Photoshop, the processes and techniques are called removing objects in photoshop.

There are several methods in photoshop by following which you can remove an object in photoshop. So, today we’ve come up with the four easiest ways to remove objects in photoshop.

So let’s drive into the next part of the article and learn how to remove unexpected objects.

How to remove an object in photoshop?

Step-1: Open the image you want to edit in photoshop

Now from there, select your picture and then press on the OK button.

Step-2: Make a duplicate layer of the original layer

In this step, before starting the editing, we will create a duplicate layer of the background layer so that the original image can remain safe from any changes that will be done while removing unwanted objects from the image.

To do that, right-click on the background layer and then press on OK. Now you will see the duplicate layer has already been created. So now we can start our editing on the new layer.

This time, we have to select the spot healing brush tool from the toolbar. You will find this tool just under the Eyedropper tool in the toolbox.

After finishing the painting over the object, you will see how surprisingly, the unwanted elements have already been removed from the picture. The beauty and perfection of your work will completely depend on how perfectly and capably you’ve done your job.

Step-5: Save the File

When the editing process becomes finished and the image is ready, it’s time to save the image on the File. To save an image in photoshop, go to the File menu and select Save or Save as option.

This method is another very useful one to remove object photoshop. The patch tool is handy enough to remove unwanted elements from photos and allows you to remove objects by selecting patch samples as you want & creating new files depending on that sample.

So let’s see the process that allows you to remove objects from photos with the help of Patch Tool.

Step-1: In this first step, open the original image you want to edit in photoshop as usual.

Step-2: Now, create a duplicate layer of the original layer like before.

Step-3: In the third step, pick the Patch Tool from the toolbar. Patch tool stands within the Spot Healing Brush Tool menu. So you can select the tool in the way you selected the spot healing brush tool.

Step-4:  Now, you have to create a selection around the object that you want to remove from the photo. In order to create the selection, press the left button of your mouse and keep pressing the button until the last pole of the line is associated with the first pole of the line.

Remember one thing that this step is very important, and the perfection of your job will depend on this step. So try to create perfectly straight lines around the object as much as you can.

Step-5: When creating the selection around the object is finished, drag your selection to a different part of your image that you want to use as a patch sample.

By doing this, the selected area will fill the sample area, and the unwanted objects will be removed magically.

So let’s see the steps by following which we can easily remove unwanted objects from photos in photoshop.

Step-2: Start with a new layer

Like before, we said to start editing with a new layer instead of the original layer.

Now in this step, select the clone stamp tool from the toolbox. You will find this tool just under the Brush tool in the left toolbar. After selecting the tool, press on the Alt key and click on the part of the image you want to select as a sample.

After selecting the sample area, now it’s time to work on the unwanted object of the picture. First, move the cursor on the object and smoothly brush over it.

By doing this, you will see the unwanted is replaced with the sample we have selected just before. Thus brush on the object continuously until you get the perfect look of the image by covering the unwanted object with another part of the image.

This method is the easiest and most useful one to remove unwanted objects from photos in photoshop. But the thing is, this tool will only work on the latest Adobe Photoshop CC. So if you work on Adobe Photoshop cc, you can try this technique first.

To remove an object in photoshop using the content-aware fill, follow the step by step guidelines given below:

1. How to remove unwanted objects in photoshop?

The best way to remove unwanted objects in photoshop is the use of the Content Aware Fill tool. This tool works more perfectly than any other tool and on any type of image.

Although, as we know, removing objects in photoshop is not an easy task to do, content aware fill allows you to do it more easily and suitably. In order to learn the process of using the content-aware fill tool, read carefully our previous tutorial section of this article, where we have discussed the use of this tool.

2. How to remove background objects in photoshop?

Using the Clone Stamp Tool is the easiest way to remove background objects in photoshop. This tool is very simple to be done as well as very effective in many ways.

Usually, this tool copies pixels from one place to another in an image. If you read this article from the beginning till now, you might have found the section where we explain the working process of the Clone Stamp tool. So hopefully, you can learn how to remove background objects in photoshop using this powerful tool.

3. How to remove an object in photoshop?

If you want to remove a larger part of your image, using the Patch tool is the most useful way to fulfill your expectation. Unexpectedly you may find unwanted objects in your photo, and using the Patch tool, you can also remove these objects from photos in photoshop without any hassle. Previously we have already mentioned to you the techniques of removing an object in photoshop. So read our previous tutorial and learn how it does.

Now we’re staying in the last part of today’s photoshop tutorial article. From the beginning to the end of our tutorial, we’ve tried hard to find out some easy, simple, and useful features of Adobe Photoshop software to remove objects from photos.

We hope that this little effort of ours will help you to learn them and practice them practically. However, we all know that nothing can be achieved accurately without trying more and more. So if you try them practically more and more, then you will be able to master them on your work in photoshop. 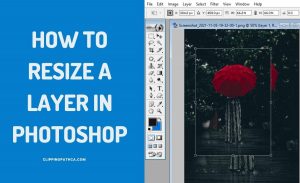 How to Resize a Layer in Photoshop: Easy Steps to Go 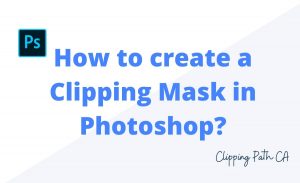 How to Create a Clipping Mask in Photoshop (Adobe for Beginners) 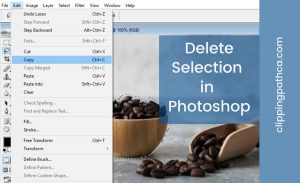 How Do I Move, Copy and Delete Selection in Photoshop? 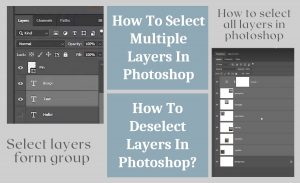 How To Select Multiple Layers In Photoshop – A Detailed Guide

Best Clipping Path Service Providers in 2021: Secrets To Choose The Right One! 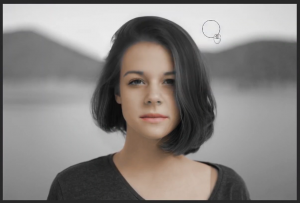